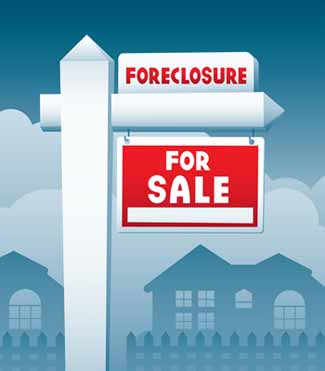 Fending off foreclosures has become a cottage industry in California and around the nation. What does a typical case look like?  We start with a homeowner who borrowed more money than he could repay, usually with an adjustable rate mortgage of some variety.  The homeowner had plenty of encouragement to overextend himself, from the halls of Congress down to his friendly mortgage broker, who was happy to provide assurance that when the ridiculously low monthly payment adjusted to a ridiculously high one, the loan could be refinanced with another loan with another ridiculously low one.  Proof of income and substantial down payments were so 1950's.

And then the bubble burst.  The twin promises of the infinitely rising market and the infinitely refinanceable mortgage turned into a pipedream.  Your mortgage payment was suddenly more than you could handle.  If you didn’t have any skin in the game, it didn’t take much of a market decline to reduce the value of your home below the amount of your mortgage.  And then you (or your spouse) lost your job.

If your mortgage holder, as well as the federal government, turned out to be sympathetic and helpful.  You would undoubtedly qualify for a modification, but you had to default before they could talk to you.  Then you had to provide them, often for the first time, with tax returns and honest financial statements to prove that you really couldn’t pay.  Surprise!  After you proved you couldn’t pay you had to start paying again to stay in the modification program.  But guess what?  After six months or so you got a foreclosure notice instead of a modified loan.

From Notice, to Sale, to Eviction

In this foreclosure process, the first thing you probably learned was that they couldn’t set the date of the foreclosure sale for at least 90 days, and then you probably had another month or so before it actually happened.  But another surprise was in store for you.  Nothing happened.  You stopped making payments and settled in for free.  It might have been a year, maybe even two, but eventually the notice of sale finally arrived in the mail and on your front door.

The next step in this foreclosure process involoves the lawyers. The attorneys promise to postpone the sale, stop the foreclosure, and save the house - just pay us a few thousand dollars up front.  Threatening letters are sent to the lender, but amazingly enough the lender pays no attention.  Then you are told that you must file bankruptcy, which will cost another few thousand dollars, and that seems to work. But wait, it only works for about three months!

The sale date has by then been continued several times, but nobody has kept you up to date.  You only find out about the sale when somebody shows up on your doorstep, announces that he’s the new owner, and tells you to leave or you’ll get sued.  If you’re lucky, he’ll offer you a thousand dollars if you’ll refrain from trashing the place and leave quietly.  You’re upset and refuse. Here comes a process server with a complaint for unlawful detainer, California’s name for an eviction lawsuit.

Enter a new bunch of lawyers.  Another few thousand dollars, please.  This time the house will be saved not with a modification, but by showing that the foreclosure was illegal.  Either they didn’t follow the required procedures to the letter, or better yet, they can’t prove they even own the loan.  This sounds promising, but it’s easier for them to prove that you received all the right notices than it is for you to prove that you didn’t.  Sometimes they are caught with their pants down on the ownership issue, but they always regroup eventually, obtain their writ of possession, and finally the party’s over.

How Did You Come Out?

Who’s come out ahead?  There are different answers to that question in this typical foreclosure process.  By the time the Sheriff comes and puts you and your family out on the street, you’ve received a number of benefits.  For several years you probably lived in a bigger house in a better neighborhood.  If at some point you had equity in your house and borrowed it out on top of the first mortgage, you may have paid for a higher class college education for your kids, or maybe you had some really wonderful vacations and impressive toys.

While you were paying the mortgage, you also enjoyed the mortgage interest deduction.  And then you lived in the place much longer than you expected without paying anybody anything, including real property taxes, for which you aren’t personally liable.  Finally, because you bought the house with little or no money down, you’ve lost little or no money.   All you’ve lost is the dream that you were living in a goldmine. Something like renting with perks.

How about drawbacks?  Let’s take them in ascending order.  Your credit’s been trashed.  However, if you managed a short sale before the foreclosure hammer came down, the current buzz is that it’s on your credit report for only three years.  Real trouble starts if you pigged out and had more than one mortgage.  Because of several Great Depression era laws in the Golden State, when a first mortgage forecloses the lender can’t come after you for the money it loses.

Many homeowners could have made their monthly payments, but decided not to throw good money after bad.  They hung on until the bitter end, while setting aside the money they were saving by not making payments.  If they file bankruptcy the trustee will take it to pay off the personal loan that used to be their second mortgage.  Gotcha.  Now they’ve probably lost some real money.

How about the Lawyers and the Lenders?

How did the other players come out?  There are also different answers to that question.  The lawyers are fine.  They probably made more money than they saved their clients, who wound up very disappointed with them.  The fate of the lenders in this foreclosure process is a mixed bag.  The big financial institutions that made the big money, made it buying the loans, packaging them, and selling the packages to investors who were just as eager to buy them as the homeowners were to borrow the money in the first place.

Thanks to Fannie’s and Freddie’s cozy deal with Congress, the big financial players were sure the federal government would bail out Fannie and Freddie if disaster struck, so the big players discounted the risks they took when they bought and resold loans that were bound to go bad.  They were right.  Congress declared that Fannie and Freddie were “too big to fail,” and threw your money at them so they could fulfill their loan guarantees, which they did.  So in the end the big players recovered their losses from you.

It’s Not Over Yet

If this sounds familiar, it should be.  There is no free lunch.  American taxpayers will ultimately pay off the ARMs, 80/20s, HELOCS, etc. that should never have happened.  With any luck, the borrowers who threw caution to the winds and eventually defaulted will at least remain taxpayers and chip in.

The saga continues in this typical foreclosure process.  There is still an enormous pool of mortgage loans in default, and another enormous pool on the verge of default.  The more government programs and money are thrown haphazardly at the problem to no good purpose, the longer it will last. 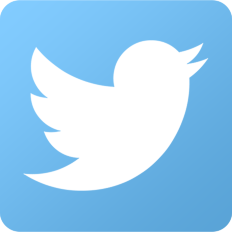